The 2017 West Coast Combat Junior Championship (age 12 and under) takes place on Sunday, October 22nd with registration online open now until October 20th. The tournament starts at 9:00am at 113-2071 Kingsway Avenue, Port Coquitlam, BC 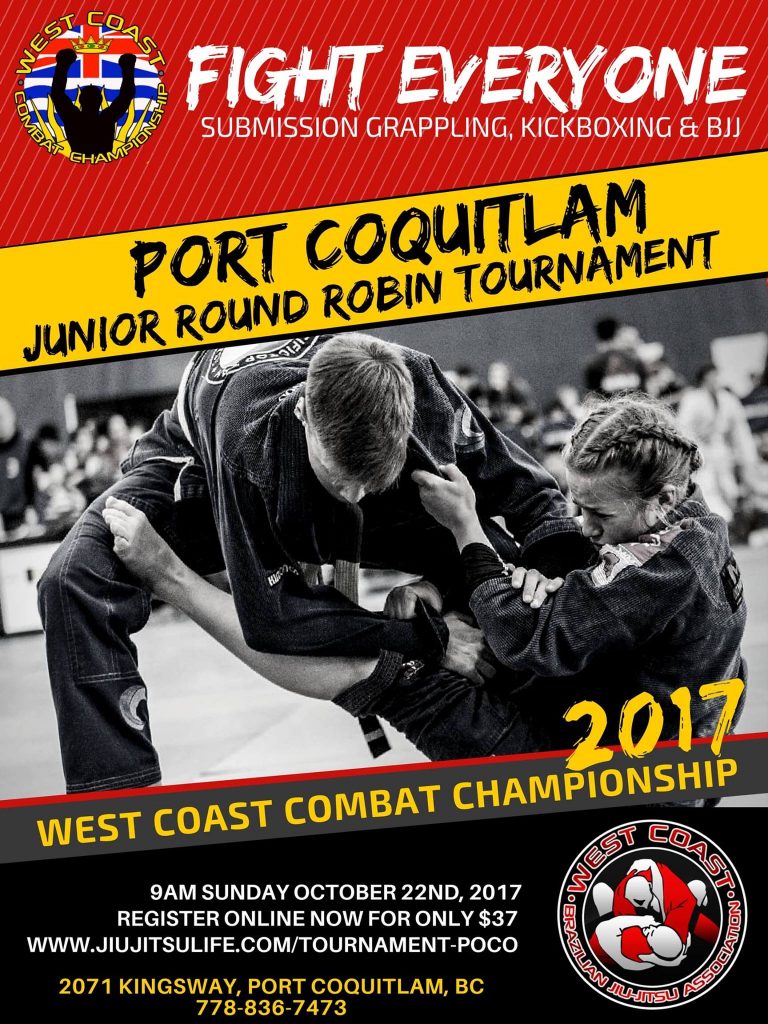 This Round Robin, Submission-Only and Kickboxing Sparring tournament has been for years the most exciting tournament on the West Coast,and now is being also held in Prince George, so don’t miss out and register now online:

PLEASE NOTE THAT ALL DIVISIONS WILL BE CREATED THE DAY OF BASED ON SEX, AGE, WEIGHT, AND SKILL TO INSURE FAIRNESS. ALL COMPETITORS AGE 4 AND OLDER CAN COMPETE IN ONE, OR MORE DIVISIONS.

You will be asked to add all this information when you register so please make sure to do so accurately in order to avoid qualification.

The weigh-ins starts at 9:00am and all matches start at 10:00am sharp. We will hold all tots divisions first. 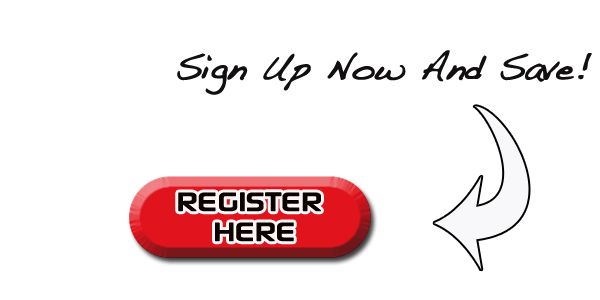 GENERAL RULES FOR ALL DIVISIONS

We expect all competitors to act in a sportsman like fashion at all times. If you lock in a submission do not apply it instantly trying to force a tab but look at the referee to make sure he recognizes the submission and give him a chance to step in to break off the fight even if your opponent does not tab.

Anytime a competitor is in danger of injury the referee will step in to prevent any harm to the fighter but we rely on your sense of fair play in order to prevent injuries and allow the opponent to continue to compete. Please remember, that this also protects you when you are caught in a submission.

Kids (15 and under) matches are stopped immediately when one of the competitors is in a position to submit, i.e. an Armbar is fully locked in. Teen and adult competitors will be given a little more time to defend but this is 100% up to the discretion of the referee as his primary task is to prevent injury and keep all competitors safe. If you loose your fight because the referee steps in please remember that he is there to protect you from injury and that you should have not ended up in a position where your opponent can lock in a submission in the first place.

We reserve the right to create all divisions based on sex, age, skill and weight. We will create a division for females teens and adults if there are two or more in a division. Please remain in the competitor area once your divisions starts because the fights happen quickly. If your name is called and you are not responding, we will move on to the next fight. After the fight ends we will call your name again. If you are still not responding your opponent will be awarded an automatic win. Tell the score keeper if you are not available to fight temporarily or all together.

—> 3 points are awarded for a win, 1 each for a tie and 0 points for a loss. A Submission or disqualification automatically determines the winner of a match.
—> At the end of the Round Robin the three fighters with the highest points are awarded the Gold, Silver and Bronze medals accordingly.
—> For a 2 fighter draw in the medal ranks, the competitor who won the match between each other is the winner. If there is no decision by the end of regulation time, the match will go into overtime with the first competitor to achieve a submission or a submission attempt that results in an advantage as scored by the referee. An advantage is defined as a submission attempt that is properly applied but from which the opponent is able to escape.
—> For a 3+ fighter draw, the matches won/lost between the tied competitors is compared and if there is still a tie, a comparison is made score between the remaining tied competitors. If the score is till tied the 2 fighter draw solution listed above will be applied.

ILLEGAL TECHNIQUES (All Ages except where noted)

Takedown counter resulting in the head hitting the mat.
Slamming from closed guard

1. Intentionally injuring an opponent.
2. Actions that are considered violent.
3. Displaying poor sportsmanship towards competition such as foul language and disrespectful gestures.
4. More than 30 seconds without engaging in a fight.
5. After two warnings.

IMPORTANT NOTE: Registering for this tournament does not mean that you can injure the other competitors on purpose. All submissions need to be applied with control allowing your opponent to tap or the ref to stop the fight. If you are not sure you can apply a submission within controlled boundaries do not use it or you may find yourself personally liable for any resulting injuries

Groin Protector (mandatory for all males)

Majority decision between three corner judges determines the winner.
Referee Stoppage (when unable to defend themselves effectively, by injury or by rule infringement) or corner stoppage.
The following will be considered when deciding on the winner:
Number of techniques landed.

The competitor who demonstrated the most will to fight.

If warnings have been given.

Any overhead, Axe or spinning kick.
Attacking from behind.
Groin Strikes.
Striking the knee joints.
Attacking a downed opponent.
Deliberately and repeatedly moving outside of the border will be considered as avoiding the fight.

All techniques above except

1. Intentionally dazing or knocking out opponent.
2. Actions that are considered violent.
3. Displaying poor sportsmanship towards competition such as foul language and disrespectful gestures.
4. More than 30 seconds without engaging in a fight.
5. After two warnings.

IMPORTANT NOTE: Registering for this tournament does not mean that you can injure the other competitors on purpose. All strikes need to be applied with good control and nice techniques. If you are not sure you can control your power for certain techniques do not use them or you may find yourself personally liable for any resulting injuries.

FIGHT EVERYONE IN BJJ, SUBMISSION GRAPPLING AND KICKBOXING SPARRING!

Call Shawn at 778-836-7473 or email Don at don@westcoastmartialarts.ca for questions. We reserve the right to change the rates, rules, weight divisions and start times any time without notice.

For more information please call our Student Services at 778-836-7473
or
email me at: don@westcoastmartialarts.ca