It is likely that practitioners of Brazilian Jiu-jitsu have dedicated a career to the art before they attain the level of black belt. By that time, they have been through countless seminars, tournaments, and spent years on the mats, years training with people, learning, absorbing, and adapting to innovations as they have come. Before I came to West Coast Brazilian Jiu-jitsu to train under Don Whitfield, I hadn’t actually trained under a black belt before. You just dont meet someone of that rank every day, it would seem.

As I had only ever been training under teachers who were still on that journey, I wondered what the difference would be to train with someone who made it all the way there to black belt. Don’s personal enthusiasm for the sport is amazing. More than anyone else I have come across, his manner of teaching embeds lessons with information about all aspects of the art and sport of BJJ from its history and origins to current trends and practices.

Since I don’t come across someone like Don every day, its a good opportunity to ask him a few questions as a black belt about BJJ to help the rest of us on our own journeys. That journey, Don would probably say, never ends.

So how did you get started in Brazilian Jiu-jitsu? Were you doing other Martial Arts?

DW: I started training in 1997 after training Judo and Boxing back in Germany.

BJJ really has a way of hooking people into it. When and how did you know you were hooked on BJJ? How long did that take?

Did you have a mentor early on that pushed you the right way? Some people get a boost early on from meeting an awesome person that inspires them.

DW: No I didn’t, but I am grateful to every coach that taught me Jiu-jitsu, from Team Megaton to Marcus Soares, and I know that they did the best they could. 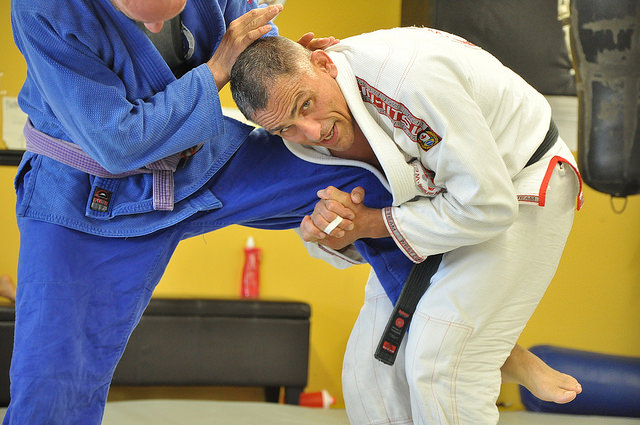 What would be your proudest moment so far?

DW: I don’t think I have proud moments, but I enjoy the moments when I am able to help my students to grow as Martial Artists on and off the mat.

Is there a student you are proudest of?

DW: You may be surprised by my answer, but the students that make me feel the best were not students that went on win belts or championships, but those students that didn’t think of themselves as Martial Artists and that found the warrior inside themselves, inside and espcially outside the cage or gym. So, the day that Jacen Brooks came to me and said that he simply doesn’t want to fight MMA any longer since he doesn’t feel the need to beat up people anymore to feel good about himself was a very good day.

There is something really fundamental about the physical struggle we are in when we roll. How do people improve their lives with BJJ?

DW: I believe that Martial Arts help our students to get out of their head and become more present, by simply training or sparring without thinking about anything else, including winning or losing. Being present is one of the main reasons that people practice Martial Arts, most students are simply not aware of it and don’t understand why it feels so good.

There is way too much thinking that people do, and not enough awareness, with time for appreciation and simply to be oneself. As you grow as a Martial Artist you realize the importance of these skills.

How did you start West Coast Martial Arts?

DW: Royce Gracie gave a seminar in Maple Ridge in 2005 and I went. By the end of the seminar Royce gave me a purple belt and the students that were there asked me to start the first BJJ club in Maple Ridge, which I did. Later I opened the first BJJ club in Port Coquitlam, and then in Burnaby and West Coast Martial Arts has been growing ever since.

What is the personal style in your training?

DW: I see myself as a facilitator, meaning that I try not to teach my personal style like most instructors do. I understand that it is very tempting to do so but I also know that every student has different abilities and needs, and I try to respond to them the best I can. I believe that this is one of the reasons why our students do so well in national and international competition: we help them to get very good, very fast since we focus them on what works for them 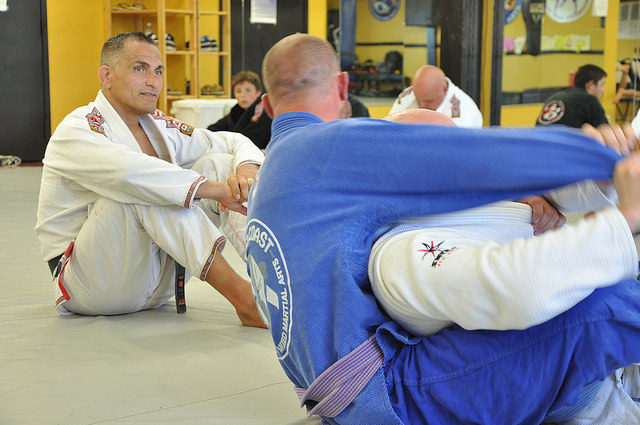 What is the most important thing you want to imprint upon your students?

DW: The most important lesson I have for my students is to become a true Martial Artist on and off the mat by practicing their courage every day and by committing themselves to give 100% in everything they do.

What does a student have to do to improve in BJJ?

DW: The key to learning Jiu-jitsu is to understand that it is an art. It is individual, non-repeatable and unique in every moment so in order to learn it the student has to stop trying to think but instead trying to become present and simply feel and perceive what is happening and what is about to happen. Sounds deep, but so is BJJ.

What is the value today in belt rank? Do you think it is important?

DW: Other than to let yourself other student know at what level you are but other than that it should not be too important. I can always tell how much students understand what Martial Arts is really about by seeing how much importance they assign to their current rank.

I actually had one student switch teams after training with us since he was a child because he felt he deserved to be a purple belt when he was a four stripe blue belt with little mat time at blue. All I can say that he completely missed what it means to be a Martial Artist.

What must a student know or be able to demonstrate in order to be awarded promotions?

DW: Of course, each student needs to show basic mastery of certain requirements and that is why we are one of the few teams that actually test for all belts including the black belt but all belt levels are highly individualistic in Jiu-Jitsu.

That means that an average students has to improve a certain amount while someone much more athletic has to improve much more to get the same promotions. It has to be that way, since an absolute measurement may prevent some student from ever achieving a black belt. That belt is a sign of mastering one single persons journey only. 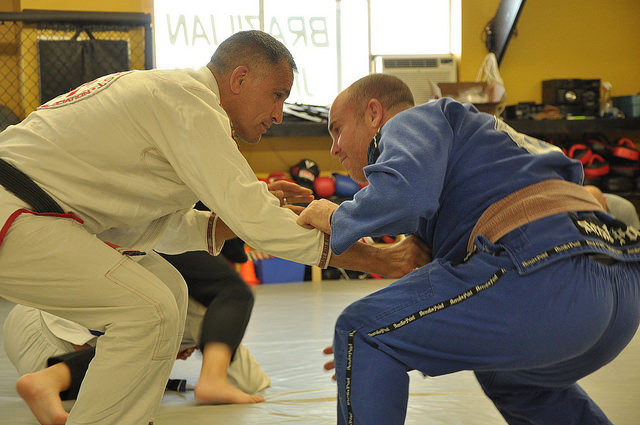 What else should a good BJJ practitioner do besides train in the sport?

DW: I recommend my students to apply the lessons of BJJ by never to giving in to the ego, looking at your short comings without judging themselves, simply to be yourself and be open to learning every day something new.

I used to have students in the past who could fight very well, but they did not have the courage to honestly look at their own lives even for a minute. These guys may become good fighters but they never will become champions since being honest with yourself and dealing with your own shortcomings are signs of a true champion, winning or losing. These students always folded when the pressure was on because they have missed to practice what matters most: mastering themselves, not just Jiu-Jitsu.

What kind of person is attracted to BJJ, or what about BJJ attracts them to the sport?

DW: Among all the Arts Brazilian Jiu-Jitsu is probably one of the most hardcore Martial Art since it is very physical and threatening to one’s ego. There is no space, there is no escaping, and you need to face your fears without reservation. People who like to train BJJ can feel the power that it holds since once you learn some techniques you know that you can look after yourself.

The drawback is that if you just teach Jiu-jitsu without educating students to also be Martial Artists it will attracted people with under-developed personalities to the art since it gives them a false sense of power and control. They often simply misuse what they have been taught without understanding it’s real purpose.

This is why we take great care to keep out gang members, drug users and those that walk through life with an inflated ego, but actually suffer from low self-esteem, which shows under pressure when they give up as soon as things get hard. These people are better off just working out since that way they can’t hurt nobody else.

In my view Brazilian Jiu-Jitsu is an very challenging, amazing Martial Arts regardless of your rank and a true BJJ Martial Arts student will be well equipped in dealing with everyday stress and pressure. Jiu-Jitsu students that train in a healthy club enviroment will have the confidence and willpower to develop their full potential as Martial Artists AND human beings and to achieve whatever they set their mind to with with care, humor and humanity! 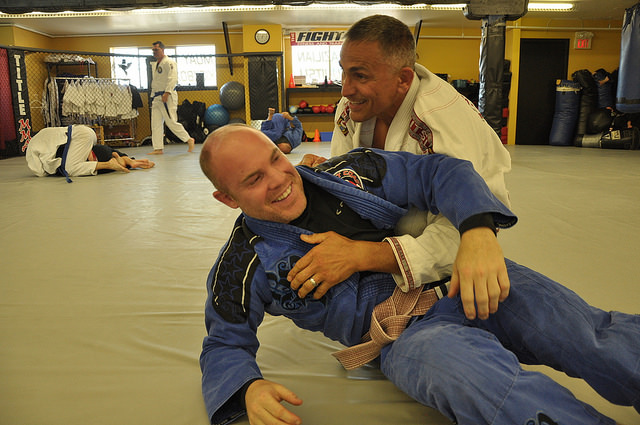